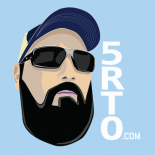 My blog I've ignored for 2 years while attending the Brandcenter

[5RTO] The Brandcenter: Year One 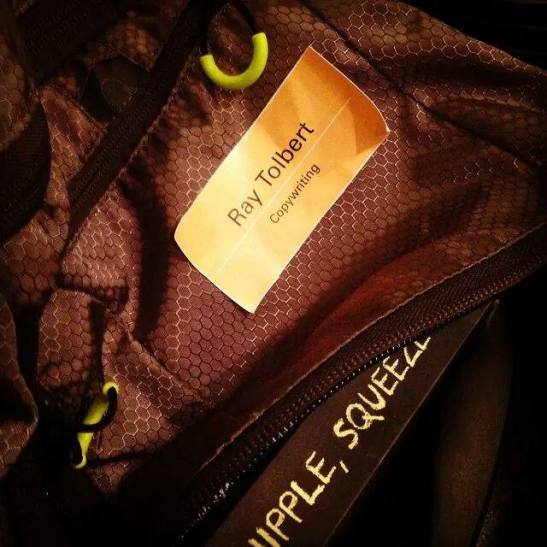 60 weeks. That’s the amount of time she said.

In my brain, I understood this program was going to take two years to complete. But two years sounds easy. 60 weeks does not. 60 weeks sounds daunting. It shouldn’t because two years is longer than 60 weeks but don’t let that logic get in the way of my brain.

The woman, a recent graduate of the Brandcenter, was giving a presentation about what we (as incoming students) should expect. It was full of valuable advice like “don’t be a douche” or “keep your shit out of other people’s face” and “don’t shower in the men’s room sink.”

At 1:30 pm tomorrow I have my first class of the semester and take the first step in my new career. I’m excited starting school. I can’t wait to be assigned assignments and projects. I’m not nervous, at least not about school.

I know I can do this.

Deadlines, meetings, dealing with creative personalities and being told my work sucks, that I can handle. What is going to be hard to handle is the look on my four-year-olds face if I can’t make it to “Bring Daddy to school day.” Will I be able to take them trick-or-treating this year? What happens when things get busy, and I can’t make it home on the weekend? Will my youngest even know who I am after two years?

The above is a draft of an unpublished blog post. Written the day before my first class at the Brandcenter back in August. It has sat in my draft folder until today. It was meant to be the first of 60 blog posts. The plan was to write one every week about my new journey. I was so confident about being able to publish weekly blog posts I even bought the domain name 60Weeks.com; I was never more wrong.

Only ten months late, I give you the first (and possibly only **UPDATE: It was the only**)…

5 Random Thoughts On The Brandcenter: Year One

Looking back I’m glad I didn’t write every week, I didn’t have the time. If I somehow did publish something weekly it would have been rushed, cluttered and terrible. Then I’d have a bunch of awful posts floating around the interweb forever. I’m just too vain for that.

I believe this journey shouldn’t be written down. Sometimes I’ll get a comment on this blog from someone either interested in or recently accepted to the Brandcenter. I don’t want to pollute anyone’s journey because they happen to stumble upon my site. To give you a heads up on anything that happens here would be stealing from you. You will be paying too much money not to get the full experience.

It’s better to come in blind. Knowing the assignments before hand or the personality quirks of the professors aren’t going to help you.

It’ll just piss them off. You’re going to have to trust me on this.

All you need to know about both the professors and assignments is this: 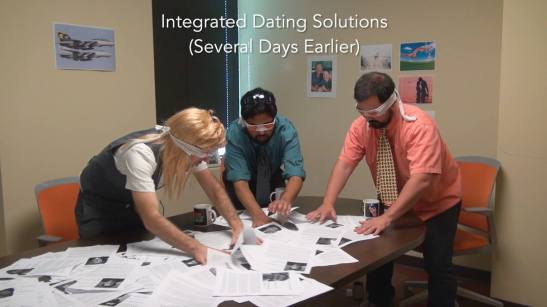 Matt Terrell, Prit Patel and I hard at work (I used After Effects to add my bald spot)

When I started 5RTO, I did it to get in the habit of writing every day. To work on finding my voice and get over the fear of others reading the thoughts ping-ponging around in my brain.

I also had time to kill. I learned about the Brandcenter a couple of months after the application deadline for the class of 2015. That meant I needed to wait nearly a year before applying. Another year of doing a job I wasn’t qualified for, in an industry I never understood. Another year waiting to start a career that’s obsessed with youth. Another year wondering if I would ever get my shit together.

I should have given up. Instead, I started 5RTO. It became a creative outlet for me.

What I didn’t understand, back on that August day when I wrote the above-unpublished post, was that I was about to get all the creative outlet I’d need for awhile. The past two semesters went by in a blur. Group projects, weekly assignments, and side projects consumed me. My life was broken down into segments of time with only two columns.

When I did have free time, the last thing I wanted to do was write about what I just went through. I wanted to turn my brain off for an hour, watch season 13 of Project Runway with my sister-in-law and go to sleep.

Don Carlton is my spirit animal

3. Dear fellow students, thank you for not casting me as anyone’s dad this past year

I’ve never been surrounded by so many creative and talented people at one time. Maybe because I was a hot mess in my early 20s, but I’m in awe of the people that go here. They’ve inspired me. They’ve humbled me. They’ve made me step up my game.

And, no one asked me to play anyone’s father in our video assignments. Yay!

I’m pretty sure the other writers play a game where they discuss made up band names around me hoping I’ll Google them later. Diarrhea Planet? Pfft, nice try jerks.

Sometimes I can’t help the dad side of me from rearing its ugly head. It’s part of who I am, and on occasion, it comes out. Early in my first semester, I was walking back from lunch with my friend Prit, a fellow writer. As we were walking back to the Brandcenter, we passed the oldest grossest cat I’ve ever seen. It was sitting/crouching on the sidewalk. It looked like it was waiting for someone. I assumed it was waiting for death and steered away from it but as we passed Prit bent down to pet it and let out a “Hey there kitty.” I don’t know what came over me, but before I could stop myself, my “dad” voice exploded out of me with a “DON’T TOUCH THAT CAT” threat. To Prit’s credit, he recoiled his arm and jumped back in step. We didn’t miss a stride. We walked a couple of paces without saying anything. I broke the silence by apologizing. Prit’s a grown man, and if he wanted to touch the cat from Pet Sematary, then he should be allowed to make that horrible decision. Luckily for me, Prit was more embarrassed about following my crazy order. From that moment I’ve tried my best to keep my parental instincts from rearing it’s ugly/shouty/crazy/ dad head.

Bad ideas are brewing in the Big Idea chair.

4. Halfway there with no permanent scars (hopefully)

My fear about this past year was never about school. It was what effect this change would have on my family. One year down and I’m happy to say my wife hasn’t dropped the boys off at the Brandcenter with a goodbye note pinned to them.

Not that there haven’t been moments.

She’s called me before, locked in the bathroom, trying to escape the endless “knock knock” joke requests from two tiny tornados of terror pounding on the door. I’ve received ominous texts on the days I’m headed home that only read, “Where. Are. You.” that I interpreted as both a question and a threat. And upon arriving back, I’ve been greeted with both hugs and high five as she tags out of parenting for the foreseeable future and runs from the house, down the street and towards the nearest Starbucks/Target/TJMaxx screaming “FREEEEDDDOOMMMM!!” like a tiny little Korean William Wallace.

As I watch her, cartwheeling down the street, sometimes I wonder if she’s ever coming back. I’m always more confident than not that she is but after 10 minutes alone with my boys I’d understand if she didn’t.

I’d be sad. But I’d understand.

I only have a few weeks left in my month off from school. I hope to get a couple more posts in before June. Spend time grilling, fixing up the house and binge watching Netflix. On June 1st I return to Richmond to start a 3-month program at The Martin Agency called The Kitchen. More creatives from around the country gathering together to do creative stuff. Another group of ridiculously talented strangers to mesh with, another large chunk of time being away from my family, and another step toward figuring my life out.

I find myself once again more excited than nervous about what’s coming. This time I’m less worried about leaving my family. I know they’ll be okay. There will always be moments, but we will get through them like we always do. I’ve added a new lock to one of our bathrooms giving my wife an additional sanctuary. My boys know I’m always coming back so leaving is less painful (It still sucks though) and I married the best woman for this adventure.

This site is insufficient to express my gratitude towards everyone that has supported me this past year. What I’m doing is not possible without your love and encouragement. You saw someone that had an opportunity to turn his life upside down and not only gave me the push I needed you grabbed my hand and sprinted off the cliff with me. I can never fully repay your kindness and generosity. I can only promise to spend my life making the most of this opportunity.

A special thank you to my wife:

Thank you for stoking a fire in me that I thought died out. I’ve spent the past decade wandering. Trying to pretend I fit in. Trying to fake my way through life. Trying to convince my brain that I can spend the rest of my life doing any job. But you knew better. You answered every doubt I’ve had about going back to school with “Shut up, we’ll figure it out.”

Back in August, 60 weeks looked daunting.

You scoffed at it and said, “Pfft, it’s a piece of cake. Stop being dramatic.”

Error: Twitter did not respond. Please wait a few minutes and refresh this page.

© Ray Tolbert and 5RTO.com, 2013-2015. Unauthorized use and/or duplication of this material without express and written permission from this blog’s author and/or owner is strictly prohibited. Excerpts and links may be used, provided that full and clear credit is given to Ray Tolbert and 5RTO.com with appropriate and specific direction to the original content.

Mr. Fenske is a professor at VCU Brandcenter in Richmond VA. The site is an extension of his efforts in the classroom, except for the cartoons, which seem to grow out of some disaffection he feels with the world. Thank you for visiting. © Mark Fenske

A literary blog of poet, playwright and essayist Rachael Stanford

Culture at The Motley Fool

The Slow Descent into the World of Advertising.

Discovering art in everything